We have analysed and categorised existing VTOL solutions. Using this knowledge we are in the design phase of our own VTOL aircraft with the major objectives of payload operations (point to point delivery/drop zone delivery) and surveillance operations (Search and rescue, Mapping, Land monitoring, filming/photography, photogrammetry etc.) We aim to achieve these objectives by making our aircraft efficient in hover, transition and horizontal flight combined. 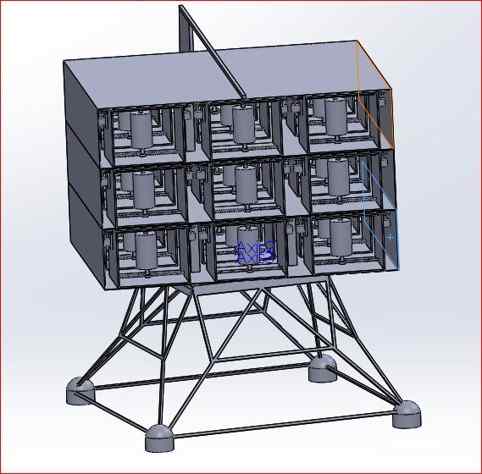 We designed a bladeless turbine using the principles of Fluid-Structure Interaction to extract clean energy from the Vortex-Induced Vibration of a bluff body in a low-velocity fluid (Von Karman Effect). We determined the ideal dimensions and working conditions of the bluff body by fluid simulation. We designed the method of energy extraction and the final product with multiple smaller units to scale up the energy output 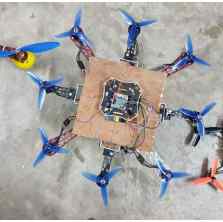 The main limitations of a drone is the flight time of the drone, ie the time taken for the power source (usually a battery) to reduce from its full capacity to the minimum required to land the drone without any damage. Any alteration or modification that is imparted in the drone is done so keeping in mind to solely increase this parameter called flight time. The drone that we have proposed here also has a similar goal. The proposed drone would be one that can be configured between a quad(4 rotors) , hexa(6 rotors) and octa(8 rotors). These varying configurations would enable the drone to carry payloads of varying capacity and accordingly increase flight time.

This project aims to make an aircraft which can take advantage of ground effect, The phenomena by which aircrafts tend to glide near the surface of the ground as their wings are more efficient experiencing less drag (vortex drag) and increased lift (greater pressure difference between the top and bottom of the wing. Because of their efficient flight, these aircraft can travel longer distances, faster, using less power. Their efficiency in fact increases with increase in their weight, allowing these aircraft to be much heavier and carry a greater payload than other aircraft. Our aircraft would be designed to fly over level surfaces like plains/water bodies, carrying increasing payloads as we test capabilities. 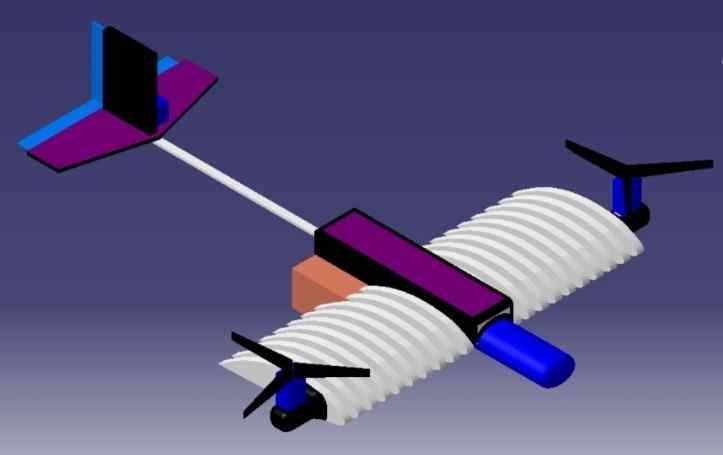 The primary Aim of the project is to build a vertical Take-off and Landing (VTOL) craft specifically targeted for usage in the military purposes of surveillance and transportation of medical goods.In this project we seek to eliminate the standard limitations faced by existing UAVs and to extend the boundaries of its usage. Unlike other VTOLs this product is detachable and detachable which helps in de-centralised manufacturing. This Product uses only a pair of motors which cut downs the power consumption.

The flying IoT project was developed to communicate with the drone using a web application and cloud computing. The web app was made using React framework and Bootstrap for styling. The waypoints for the drone to cover were selected using the web application. A cloud platform(AWS IoT) was used to communicate between the drone and the Web App and all the real time sensory data from the drone was stored in the cloud database. The microcontroller ,ESP32, was used in the drone with a built-in wifi module to transfer all the data from the sensors directly into the cloud database.

Odometry is an important task for any ground or flying robot to know its location with respect to the environment. In this project, we explored Classical Visual Odometry, an odometry parameters prediction using visual sensors. The algorithm we used was based on the Optical Flow KLT algorithm and using RANSAC to optimize the extracted features. We were able to show that the algorithm works effectively on the small straight sequence of images, however it deviated a bit during taking turns.

This project is an autonomous robot fish that looks like a shark in both shape as well as motion and capable of carrying payload with inbuilt cameras for underwater surveillance through advanced image processing, with controlled communication techniques.
What we did: Analysing all the body features of a general fish, their movement inside water. The size and positioning of various fins on their body and designing the mechanism for their movement.